Get Discretion Delivered To Your Door (CA Only) 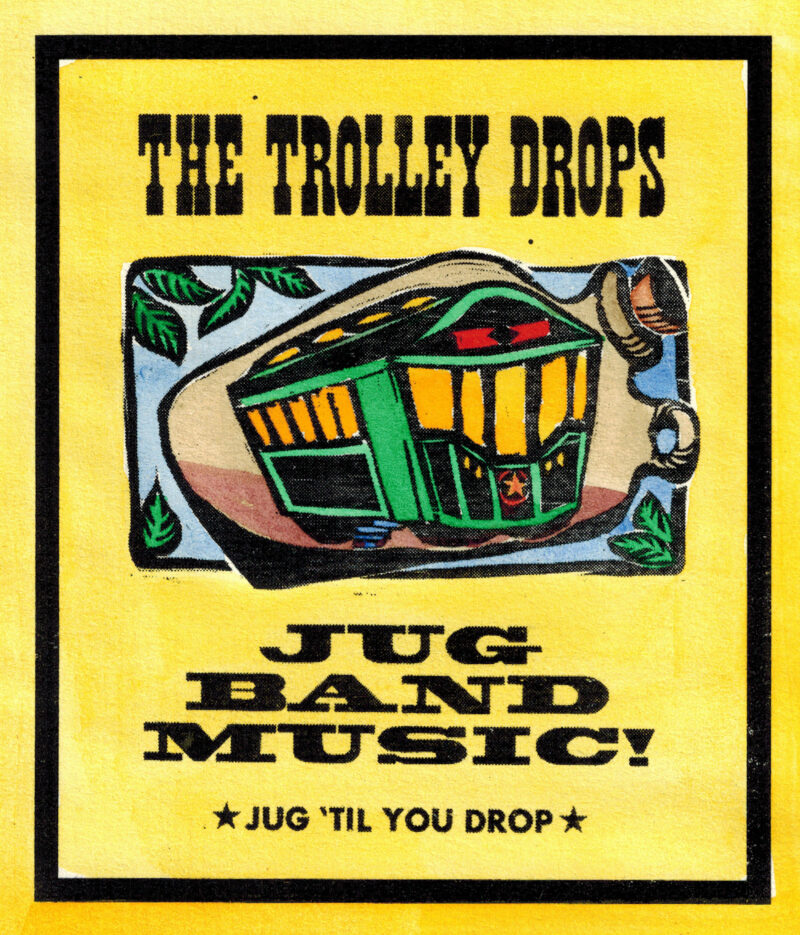 The Trolley Drops play songs from the good-time, prohibition-era folk jazz genre known as Jug Band music, which blends the call and response of gospel with the drive of the delta blues and the ruckus sounds of New Orleans Jazz. 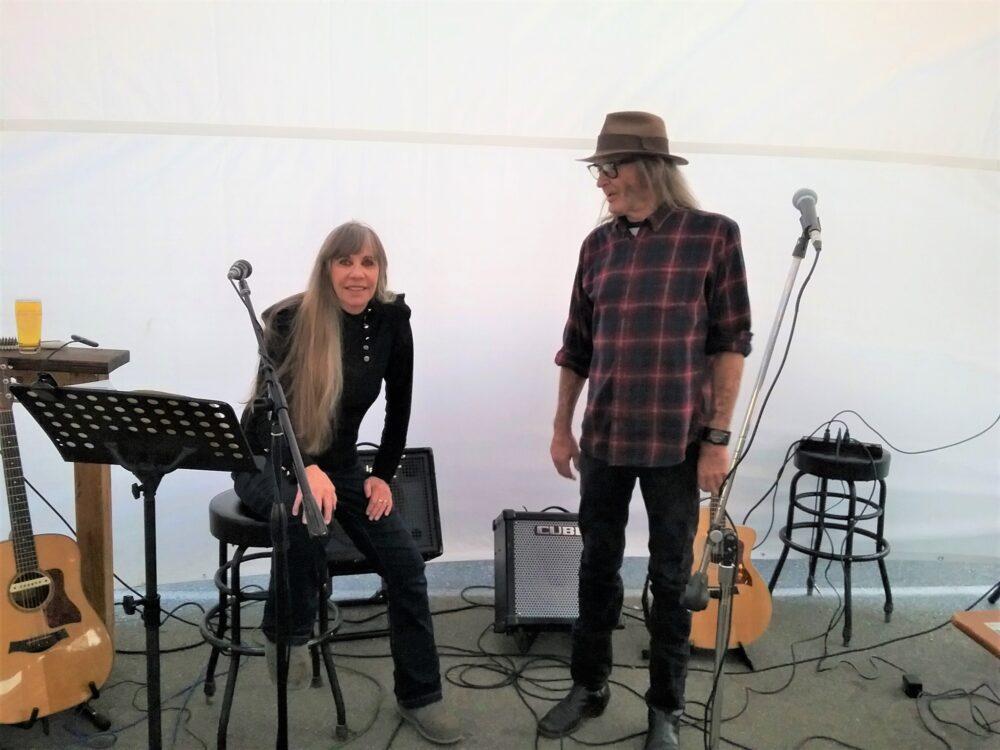 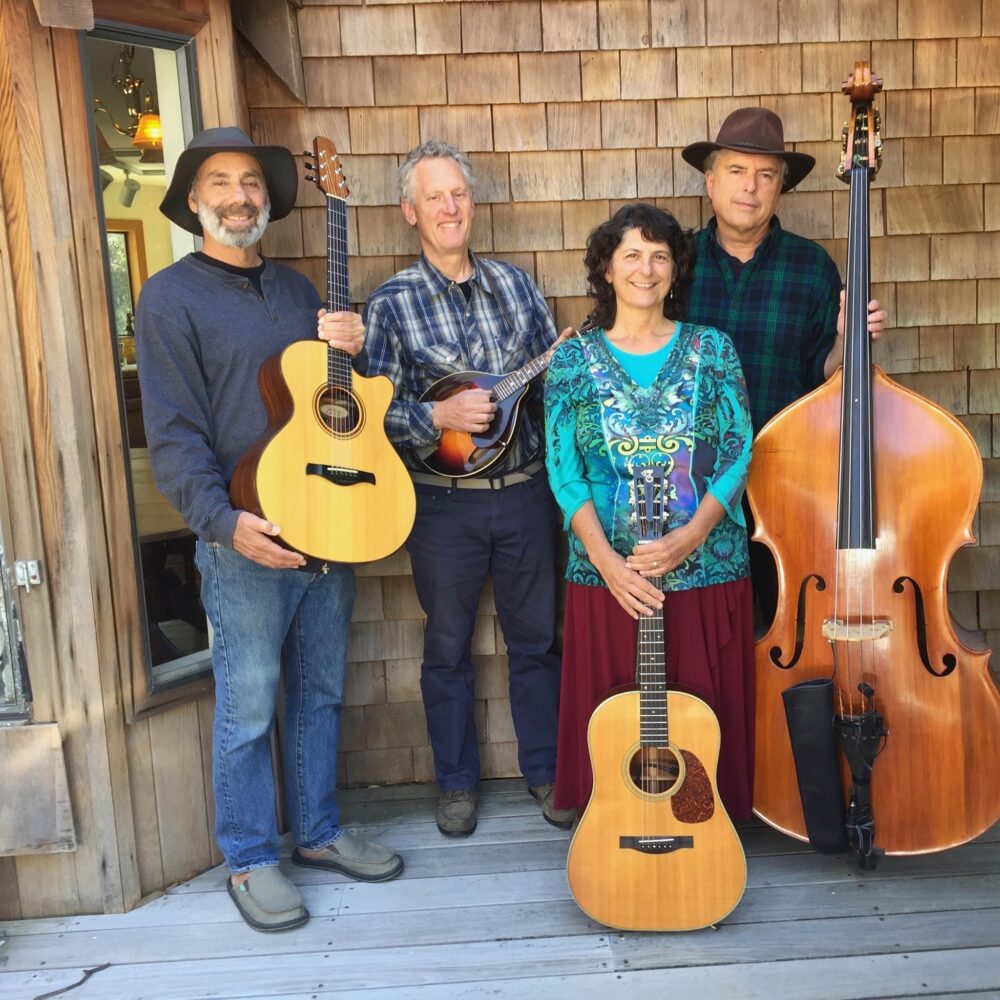 The Coast Ridge Ramblers draw from the roots of American folk, country, and blues music. Expect harmonies, the sound of mandolins and guitars, and songs that are timeless.

Movies In The Taproom 5:45pm 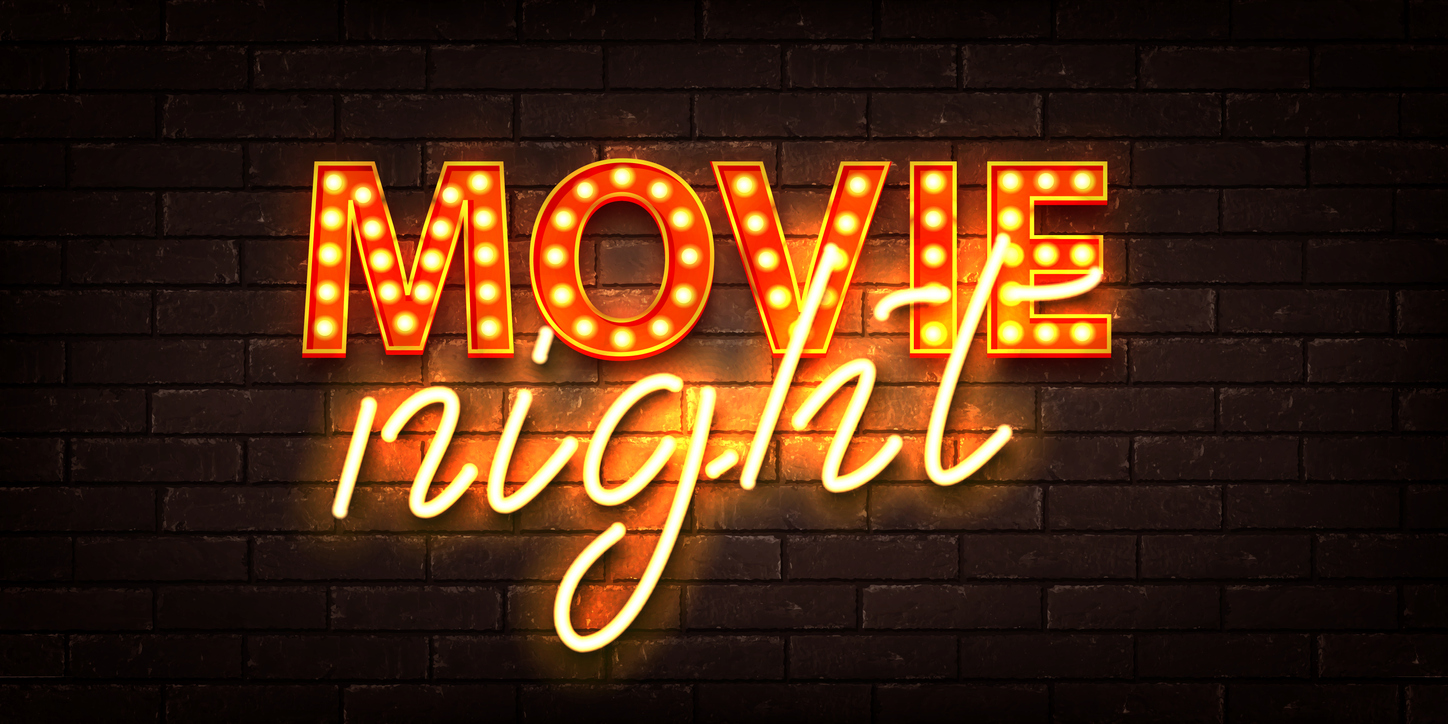 Join us for Movies in the Taproom on Mondays! 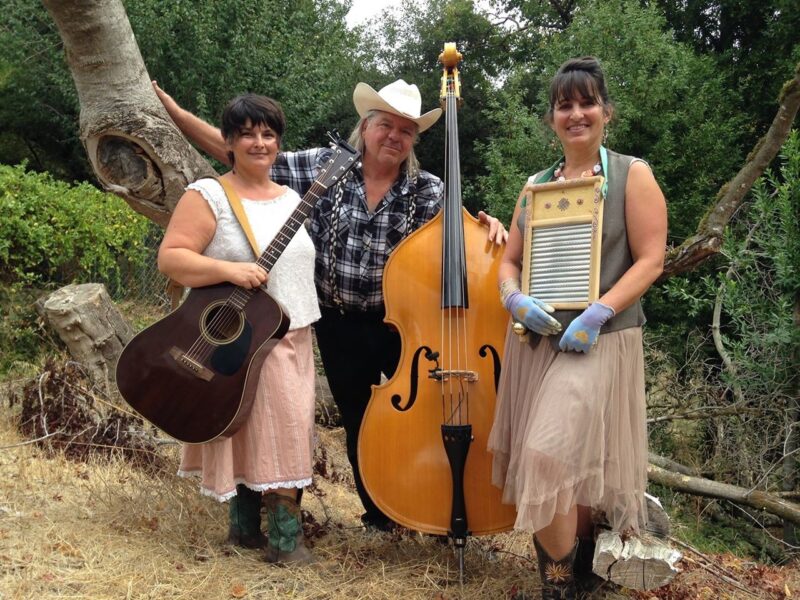 First Friday Swirlin’! If it’s the First Friday of the month, you know The Swirly Girls will be playing in the Beer Garden. Come on out! 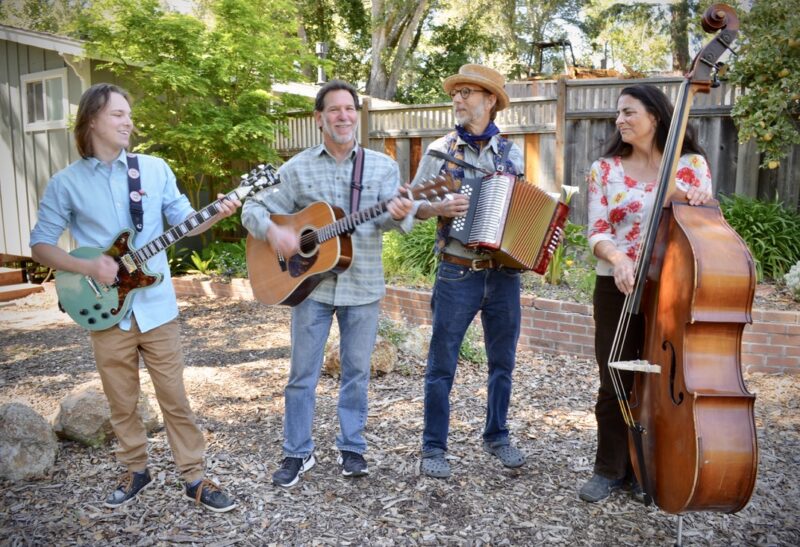 Moonshine Crossroads plays Rollicking Americana Music – everything from jazz standards and doo-wop classics to outlaw country and classic rock. With strong vocal harmonies and vibrant electric guitar and kanzoo solos, their eclectic repertoire is sure to include a song that is “your” song and will get your toes tapping. 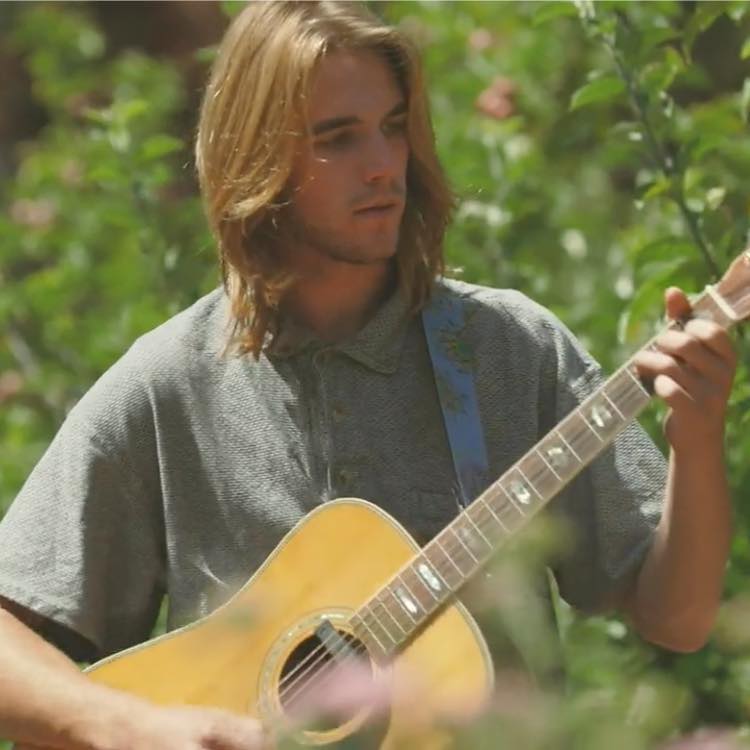 Lucas Lawson is a young contemporary folk artist who grew up on a farm just north of Santa Cruz, California. In the early stages of the COVID-19 pandemic, while spending time alone on the farm, Lucas developed the 5 songs that make up his debut EP, Revisited Harbor. This isolation encouraged him to complete the process of recording Revisited Harbor by himself. Once finalized on October 23rd of 2020, Revisited Harbor came to the ears of Lucas’s growing community.

Lucas’s upbringing on an organic farm exposed him to the balance and harmonies that all living things have to offer. At a young age, Lucas began attending bluegrass barn dances on the farm, where he first learned to play the guitar alongside local group, the County Line Pickers. When those sadly came to a halt in March of 2020, Lucas found himself writing songs more than ever. 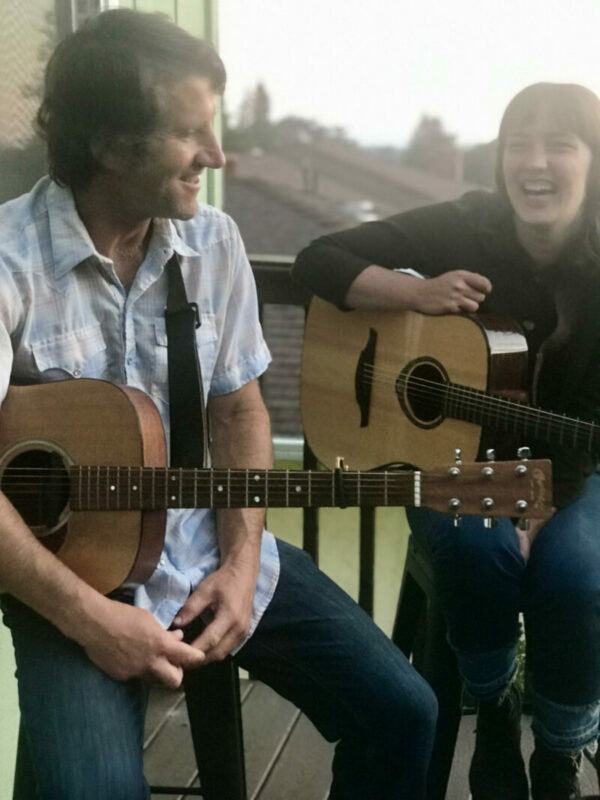 Ezzie DeGiovanni was born into music, with two musician parents and a house full of guitars, accordions, fiddles, drums, and horns. Joel Murach has spent the last 30 or so years in the SF Bay Area music scene playing in bands such as Paddlefoot, 86, and the Low Rollers. Together, the multi-generational duo of Ezzie and Joel bring timeless songs, sweet harmonies, and sublime acoustic guitar interplay for your listening enjoyment. 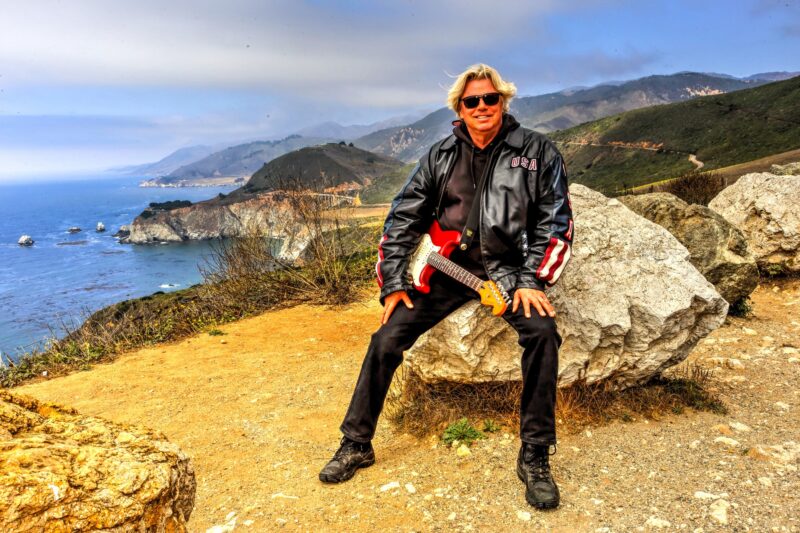 International guitarist/singer /songwriter Brad “Guitar” Wilson has a soulful contemporary sound, tapping into all his sources of inspiration. His performances have made him a stand-out hit at countless shows. Considered more than a talented guitarist by his audience, Brad is an exciting entertainer.

As a charismatic guitarist, vocalist and songwriter, Brad has become known as a modern hot guitar player who can entertain the house with the best of them. His show features his songwriting and great renditions of dance cover songs. Brad’s live show is presented with spirit and class. 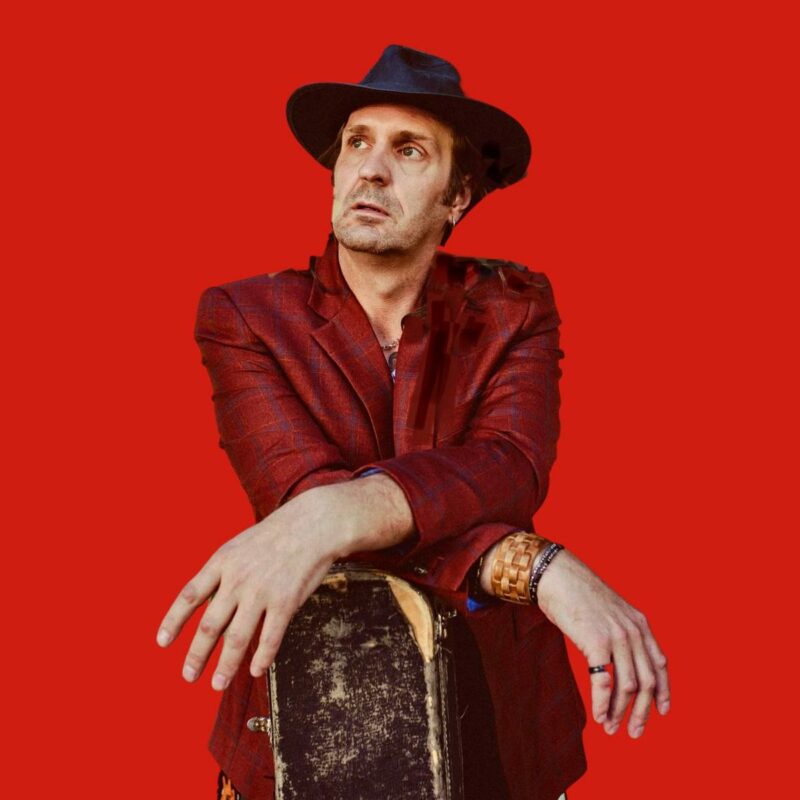 S.R. Laws is an American singer/songwriter, musician and recording artist from Northern California. Inspired by storytellers like John Hiatt, Rodney Crowell and Chuck Prophet filtered through early life experiences wandering the train tracks through wheat fields and smelling the fruit ripening in the orchards in his hometown Marysville, Ca.

S.R. cut his teeth as a songwriter in Austin, Texas. The “live music capitol of the world” and a thriving music scene yielded a bounty of musical and life experiences like no other. Each passing season allows provisions of a burgeoning sound peppered with wry attitudes and energetic rhythms to develop “lyrical pictures,” showing the humanness in the common walks of life. It is through heartfelt performances that allow him and the characters in his songs to “break the ice” with any toe-tapping crowd. He lives in Sonoma County. You can find him performing all over California and with his band The Heartsleeves. His new release “A.M. Sessions” is out now and available at his live shows and on all platforms! 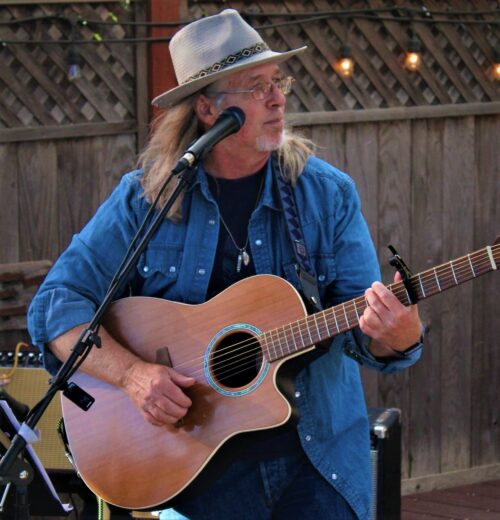 Central Coast celebrated singer songwriter based in Santa Cruz, Gary Blackburn, brings together his smooth vocals, and stylized guitar picking to his original compositions, and cool covers in the Country, Rock, Folk, Blues genres. Blending old school with contemporary, the Gary Blackburn Band will weave a memorable musical performance of songs that tell stories of love, forgiveness, and the paths that we choose. With a well-rounded repertoire, Gary will show both his versatile soft folk blues side along with his high energy rock side.

The Back Porch Boys 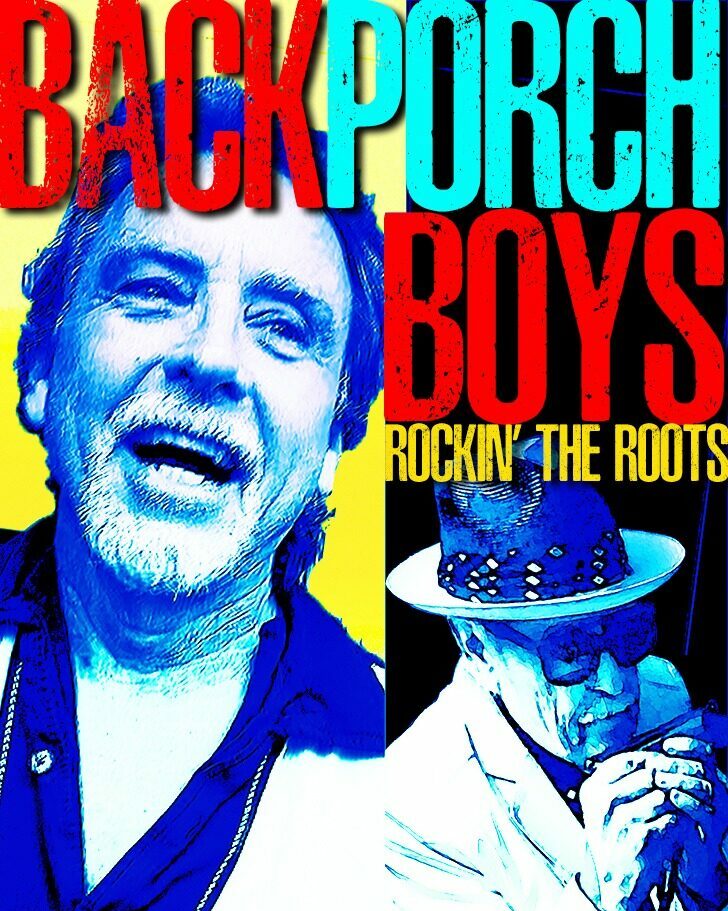 The Back Porch Boys

The BACK PORCH BOYS dig into the glorious roots of American music from the Delta blues in Mississippi to New Orleans up to Memphis over to Austin and jumpin’ to Chicago. Singer-guitarist RICH COWAN and harmonica enthusiast VIRGIL THRASHER put their combined 90 odd years of playing music on display. You will hear the likes of Tampa Red, Mississippi John Hurt, Robert Johnson, Muddy Waters, Fats Domino among other icons from the early days. 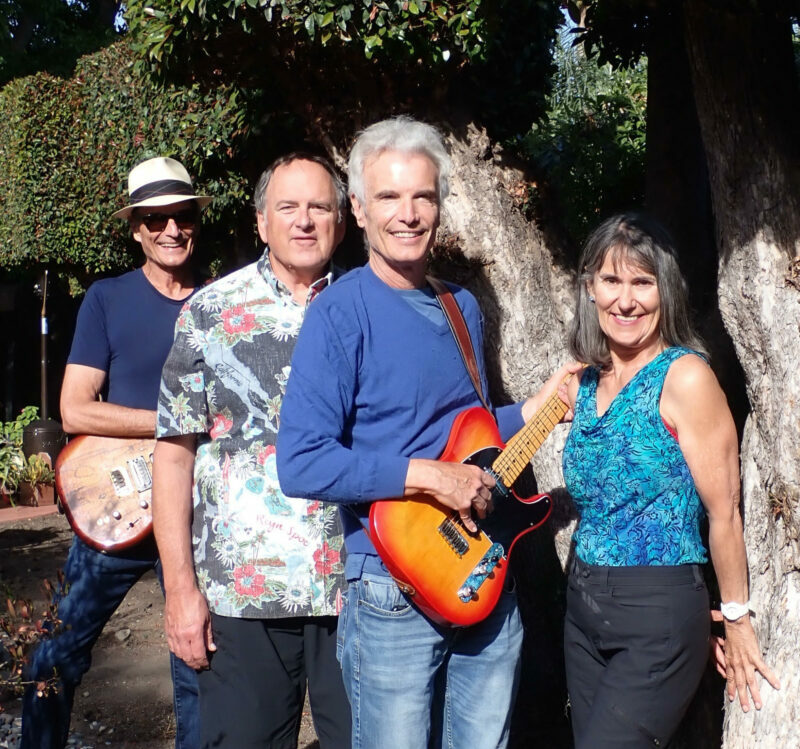 Based in Santa Cruz, The Shady Characters have been playing together for nearly 10 years.

They feature many styles of popular music from such artists as Lucinda Williams, Marvin Gay, Eilen Jewel, Boz Scaggs, The Cure, Black Keys, Rolling Stones, Hall and Oates, and many others, and enjoy choosing songs that will inspire dancing! 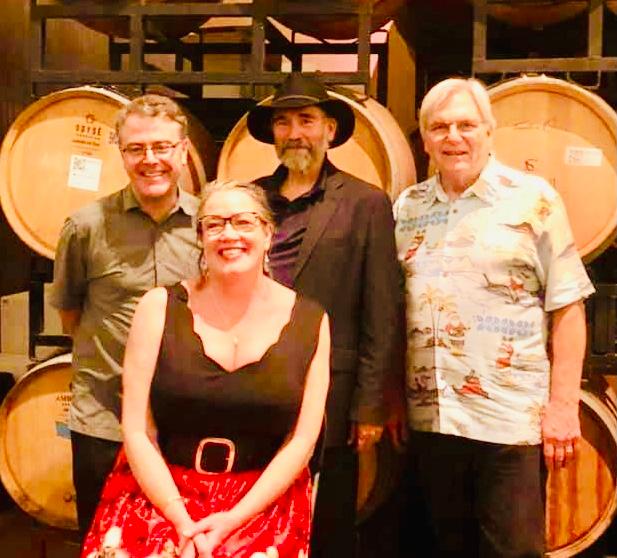 “Jazz with a Twist”

Jenny and The Bets is a local jazz quartet led by the swinging and talented vocalist Jenny O’ Leary. Jenny sings standards, blues, and bossa novas while accompanied by guitar, bass and drums. 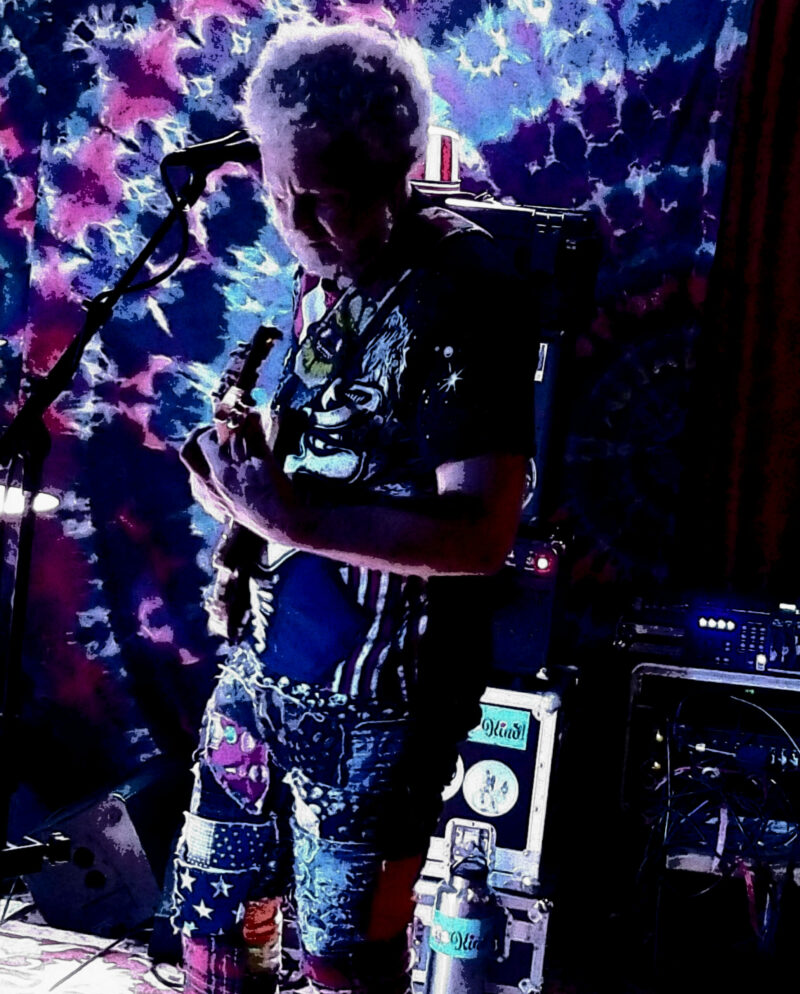 As the lead guitarist for the China Cats and Painted Mandolin, Matt Hartle has established himself as the preeminent jam band guitarist for Santa Cruz and the Bay Area. You can also find him hosting a weekly deep dead jam, where he welcomes Bay Area players for Grateful Sunday shenanigans. Matt’s unique voice and intricate playing style always gets the audience on their feet and feeling their groove. You’ll be dancing to songs from legends like Jerry Garcia, Neil Young, Bob Dylan, as well as rock, blues, jazz, americana, and of course some Matt Hartle originals. Stop by for a “Friday after work” brew and some hot hartle licks when Matt returns to Discretion Brewing on 12/16! 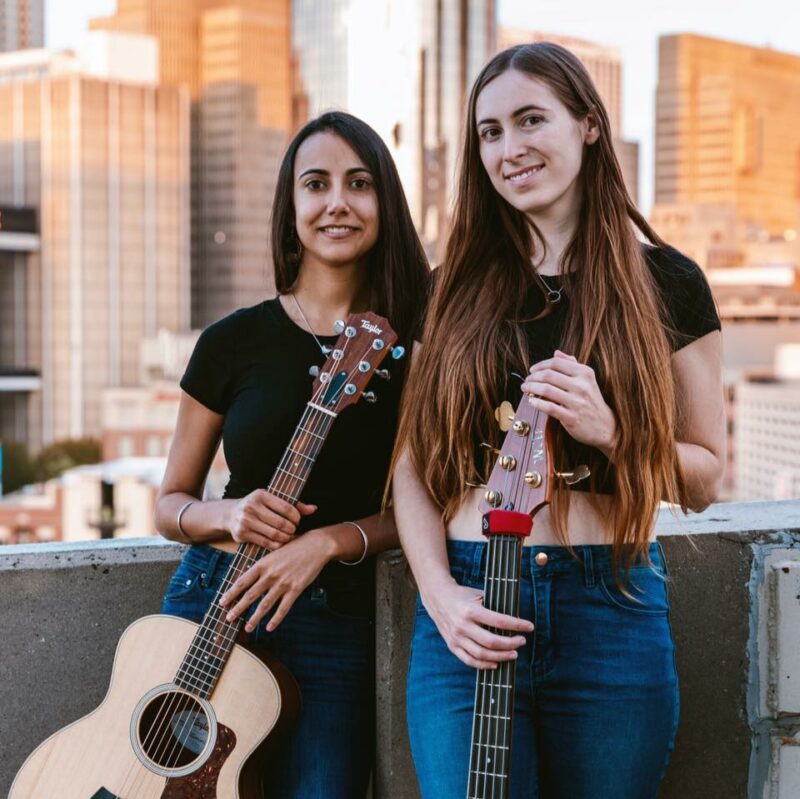 Katalysst is a progressive folk rock duo that smoothly fuses both simplicity and complexity through thoughtful chord progressions and dynamic bass lines. Combining cheeky lyrics and classical vocal finesse, their music interweaves memorable melodies with compelling motifs. Fueled and inspired by the tumultuous times, Katalysst provides listeners with an unflinching and at times lighthearted interpretation of modern life. Save the Date! Discretion is turning TEN!
12-9pm

Live Music throughout the day:

Interactive Save Our Shores Booth 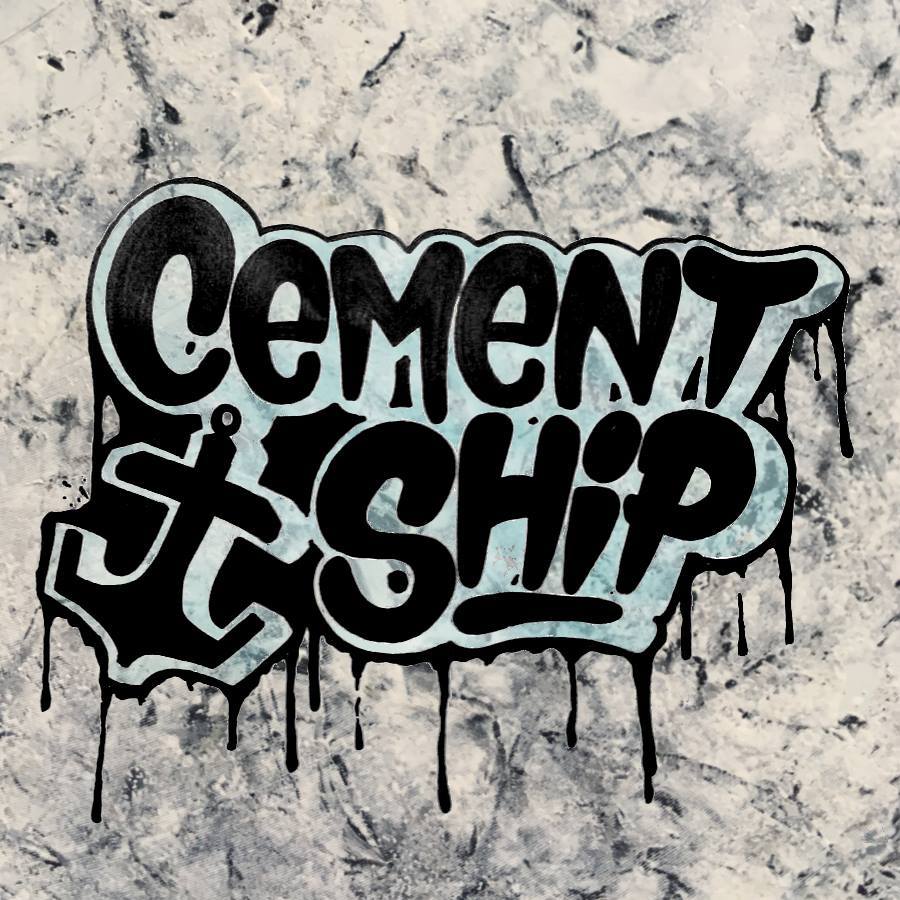 The music is inspired by the sea and it’s dynamic nature. The acoustic guitar style and singing tone from Tim can fit a wide array of genres, but maintains a natural and stripped down approach for the sound. Honest and raw, sweet and smoky. It has been described as ‘Americana Soul’ and ‘Beach Folk’.

Less then two years after playing it’s first show, Cement Ship won 2019 NEXTies ‘Band of the Year’ for Event Santa Cruz, and in 2020 was voted ‘Santa Cruz County Runner-Up Best Local Band’ for the Good Times Magazine best of 2020. They have played shows in various states in the USA as well as a 10 show tour of the U.K. in July 2019.

The song and music video for ‘Let’s Break Apart Together’, filmed live on Seacliff Beach in front of the actual Cement Ship, received a great deal of positive feedback from the local community and lead to the band playing the 100th year celebration of it’s own namesake.

The name comes from a Monterey Bay landmark, the SS Palo Alto. Built too late to be used in WW1, the 100 year old ship was grounded at Seacliff State Beach in Aptos and now serves as an artificial reef for marine life, including great white sharks. 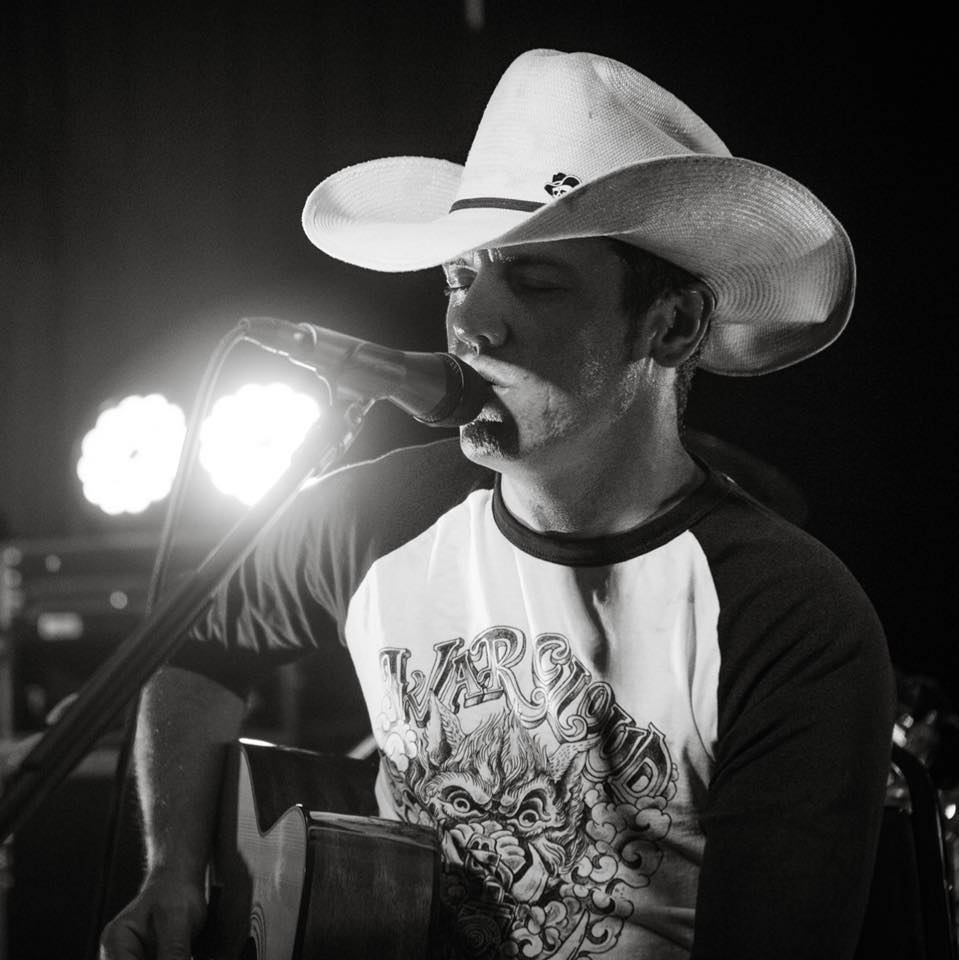 Mike Hellman is a country and americana troubadour with a bent for the unconventional. Slinging songs with substance, conviction and grit, he’s on a mission to tell his truth and he insists on being heard. While firmly rooted in the rich country and blues traditions of his home state of Texas, he refuses to pander to cliché and his sound is anything but predictable. His lively performances swing from ballad to barn burner to outright rock ‘n’ roll, and his rich baritone conjures earnestness and humor while dealing head-on with all aspects of the human condition (and with a not-so-subtle nod to the underdog). An “outlaw” for outlaws, Mike’s music transcends the often narrow boundaries set by the mainstream country music establishment. 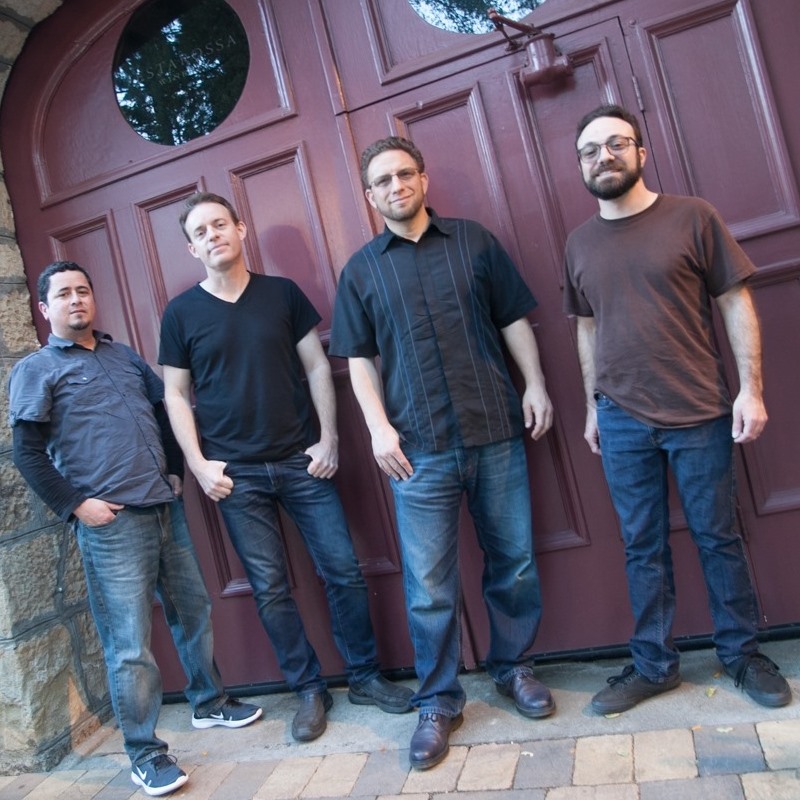 Rock, Americana, Jam, & Outlaw Country from the heart of the Bay Area. 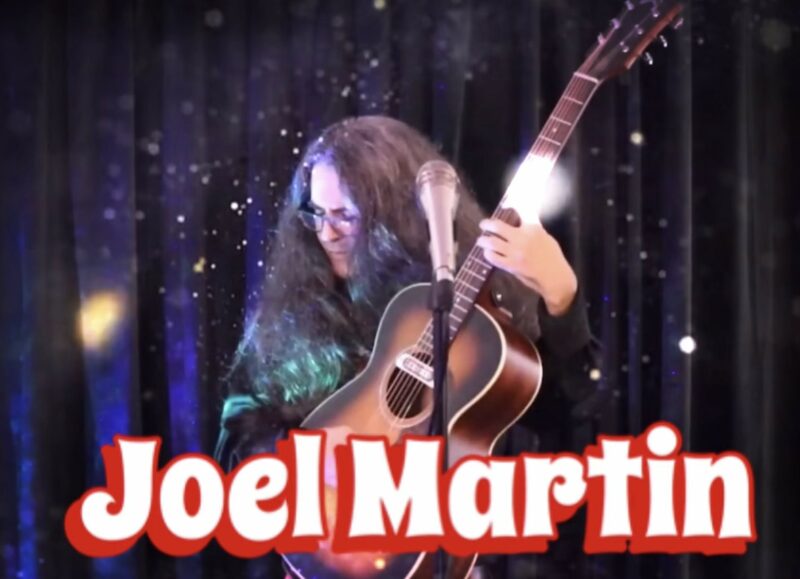 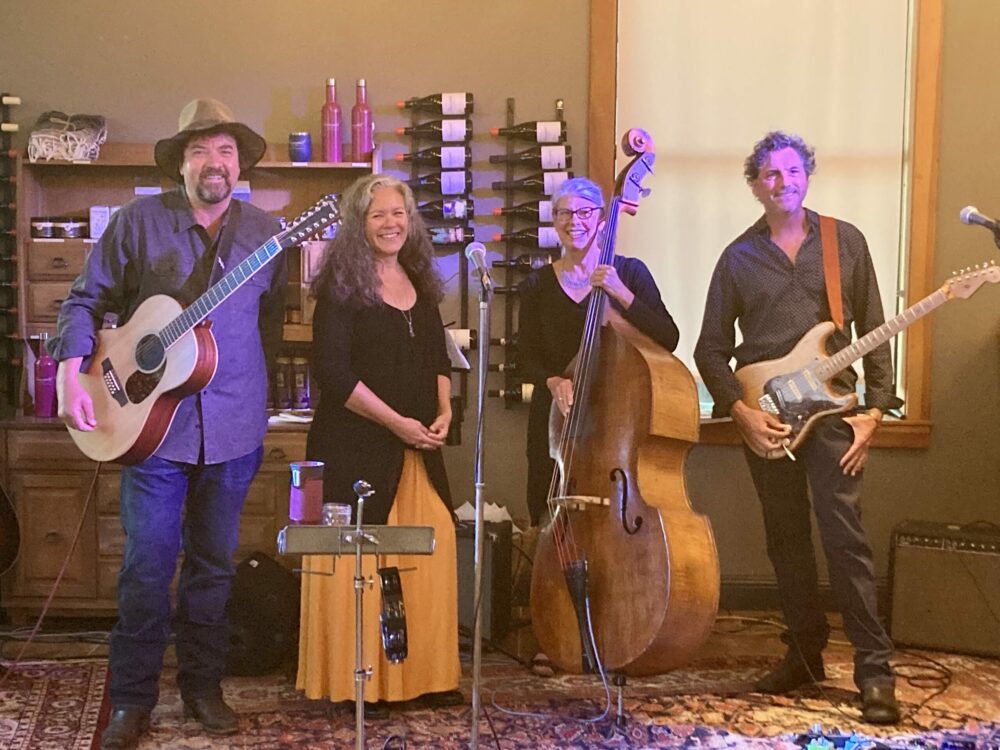 Toe-tapping Americana and Folk Rock covers – Perfect for sipping a brew and chatting with friends. 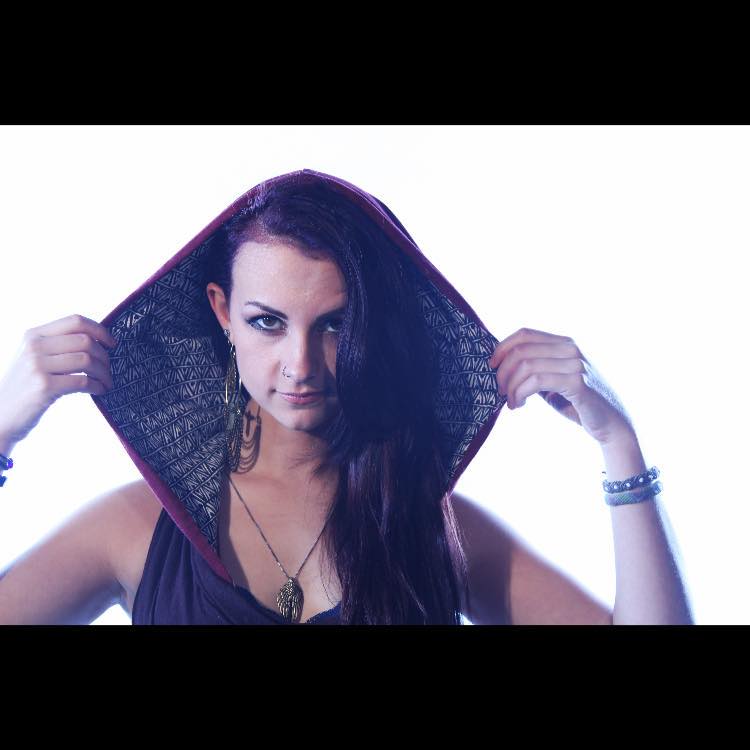 Trianna Feruza is a singer-songwriter/multi-instrumentalist out of Santa Cruz, CA givin’ a new school twist on Pop-Funk fusion with an R&B twist. Imagine Erykah Badu and Amy Winehouse’s lovechild. Coming from a family embedded in the Folk-World Music scene, Trianna has a diverse musical background, setting the stage for her unique sound and engaging performance. 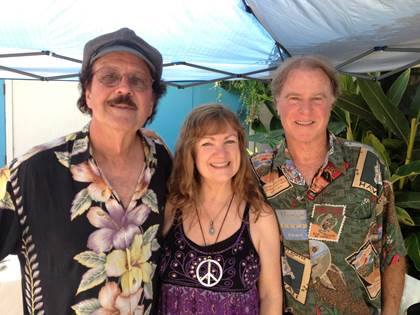 Acoustic rock trio, ranging from The Beatles to Chuck Berry to very catchy originals. You may find yourself wanting to get off your bar stool and dance. 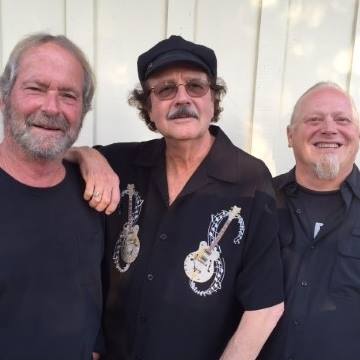 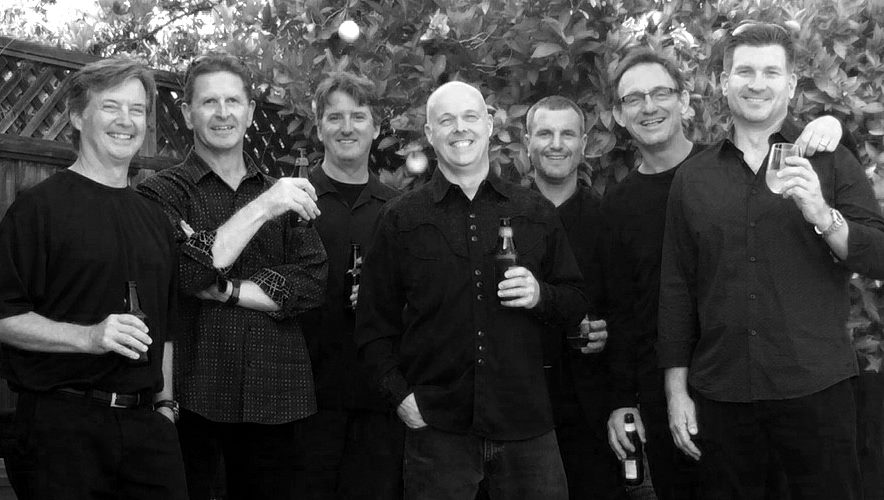 Seven Shades of Grey is a South Bay band playing upbeat, party-oriented classic rock, R&B and soul covers. The proceeds from all of their gigs are donated to UCSF Cancer Research.

dandeline is Sheila Schat and Dan Olmsted performing a variety of songs with acoustic instruments and sweet vocal harmonies for your listening pleasure, ranging from bittersweet old-timey ballads to frenetic klezmer instrumentals. 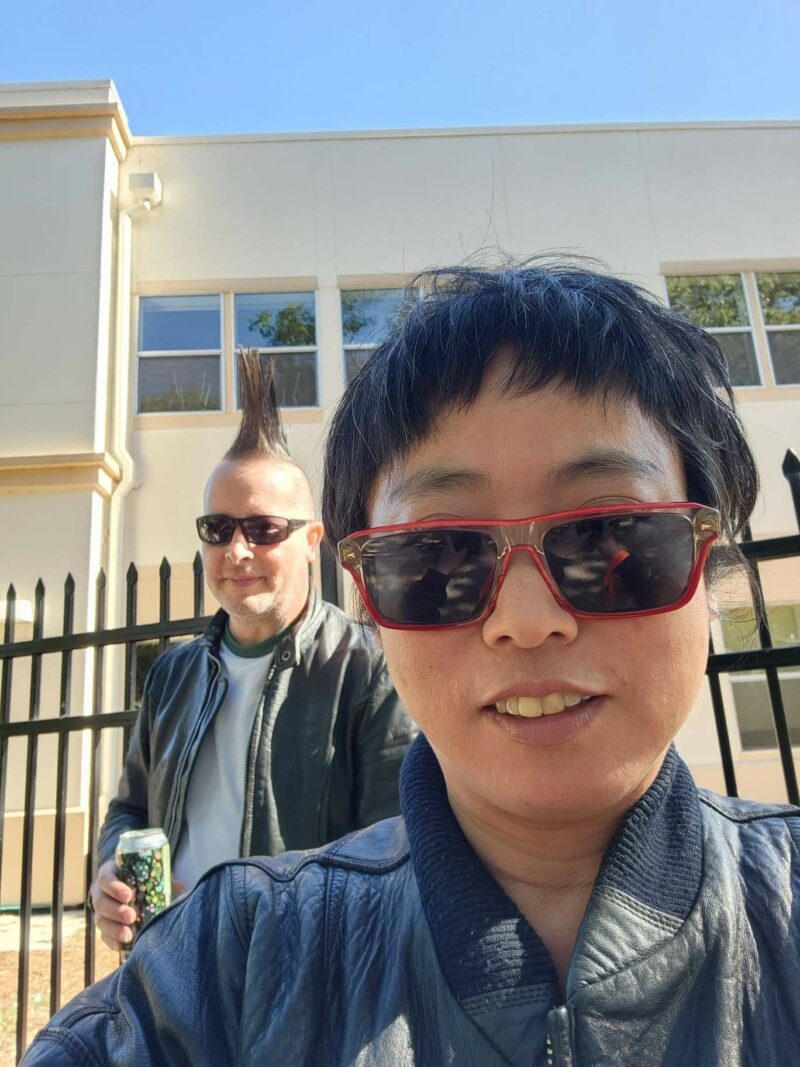 Power Strip is a project since September 2010 with Noise Clinic and Junk Sick Dawn founder Tait Reed (after returning from Japan in 2008), and internationally touring artist and musician Sayaka Yabuki.

Power Strip was the featured band at the 2012 Santa Cruz Nexties awards. At the 2011 Calamari Fest at India Joze, Power Strip played their opus “The Call Of Cthulhu” operetta based on the science fiction horror story by HP Lovecraft. They have opened for Jane Wiedlin of The Go-Go’s awesome side project band Elettrodomestico at The Catalyst and played in the Catalyst atrium the same night that blues legend BB King played the main stage.

Power Strip is known for playing bent, stripped down covers of songs they like – anything from The Cure to The Germs, to Roy Orbison to Ennio Morricone, to Bernard Hermann to Julee Cruise. Sometimes they have guest players add to the mix, but for their performance at Discretion, Power Strip will be at its most stripped down: guitar, violin, synth, voice, and a headful of wild ideas.

We’d love to share our beer with you, but first we have to ask... 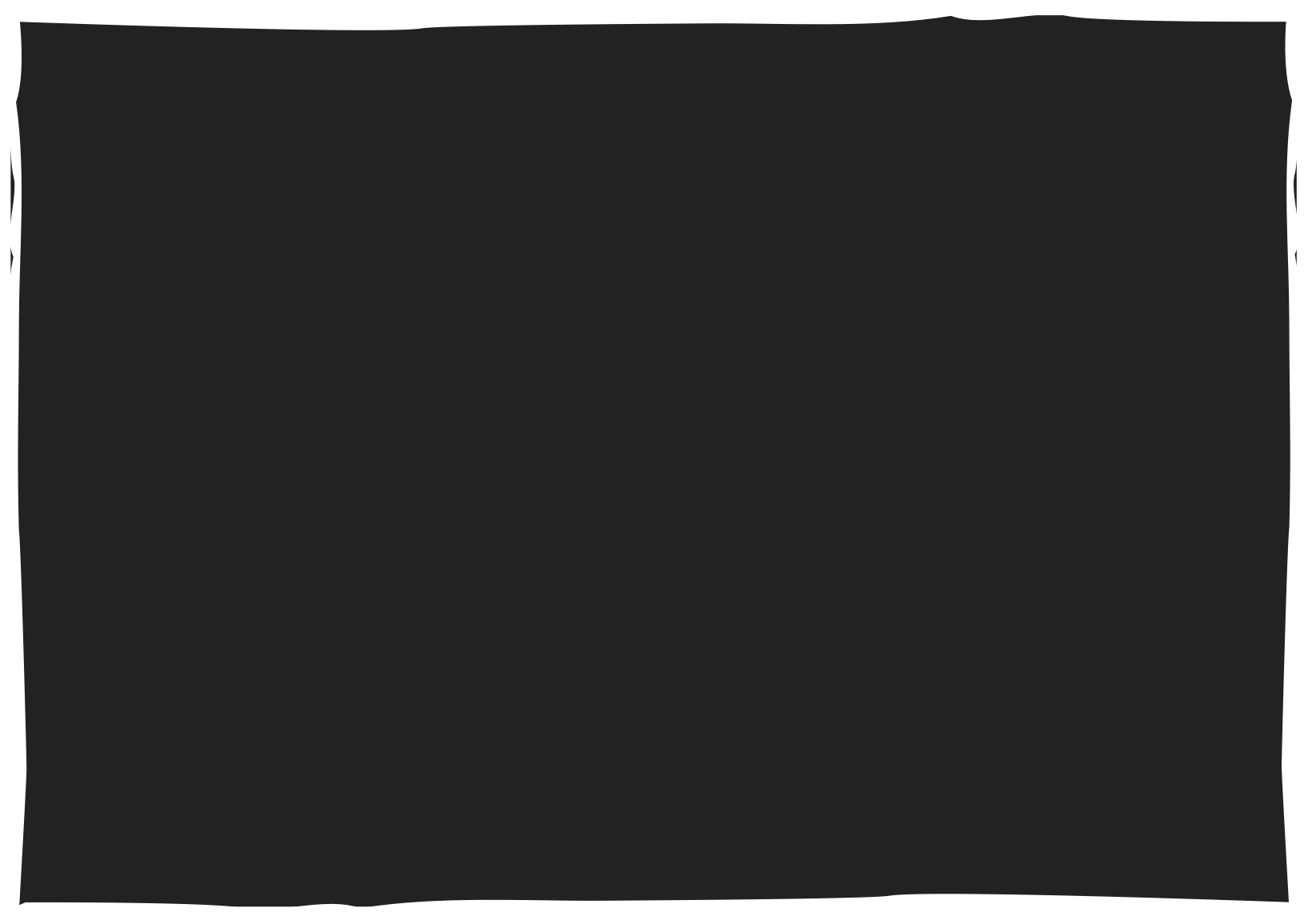 Sign up for our newsletter to find out about events, new brews, & much more.